Procession to Honor the Vaquita: A Ritual to Heal our Relationship with Nature

For many years, scientists have predicted that the world is at the threshold of the Sixth Mass Extinction, with the last mass extinction occurring when the dinosaurs disappeared. Just in the last 40 years, wild animal populations have declined by 60% worldwide. It is a major crisis: oceans are getting warmer and full of plastic debris, the world’s insect population is disappearing and with it the pollination of our crops, and many other species are on the brink. One of them is the vaquita porpoise, an emblematic and symbolic marine mammal, not only for its charismatic form but because of all the initiatives that governments, conservation organizations, and the public have implemented to save this species. The vaquita porpoise, Phocoena sinus, is the smallest of all cetaceans, is endemic to the Upper Gulf of California, Mexico and is on the verge of extinction. In the most recent survey in late 2016, researchers estimated the population size is less than 30 individuals… and now there may be fewer than 15. What is driving vaquita to extinction? The decline has been precipitous due to the recent resurgence in illegal gillnet fishing for totoaba (a large marine fish in the drum family Sciaenidae) to feed the Chinese and Hong Kong markets for swim bladder of this also endangered species. A kilogram of this bladder has been reported to fetch up to $100,000 USD in an auction in China alone. I have been involved with the conservation of the vaquita since 1992, first through an awareness campaign, then working with the local fisherman. Finally, I saw this sad and tragic story as an immediate opportunity, right in front of us now, that people around the world can and should use and thereby speak out on behalf of other species that we humans have endangered and even driven to extinction.

I decided to perform a ceremony and ritual. We all know that rituals prepare us to recognize, confront, and hopefully transform issues that trouble our existence.  We need to, and can, change the extinction crisis by creating a new relationship with nature, one of respect. You can see this ceremony of respect to a species, in a short video by WILD colleague and filmmaker, Jayme Dittmar.

This performance was embraced by over 40 museums, universities, and art galleries all over the world. Images of this manifestation can be seen in the gallery below. Please share this video with other concerned individuals that are mourning the loss of the world’s biodiversity. Short on time? Watch the 1-minute version here >

More photos from the procession 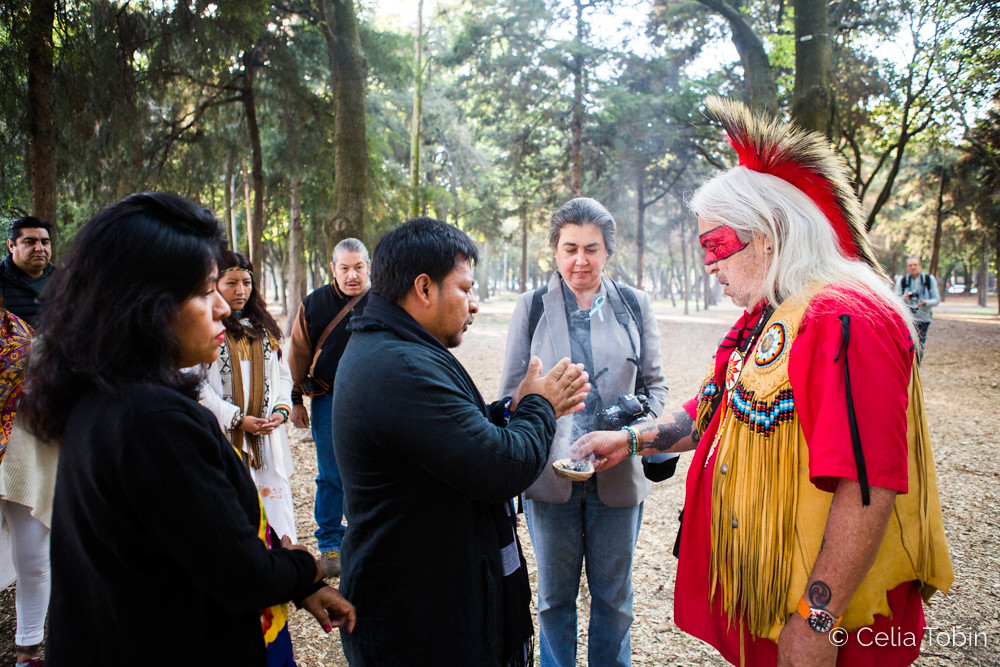 We asked WILD’s program directors to share with us their biggest hopes for our future and the obstacles they face. This week, we feature Magnus Sylvén and Karl Wagner.

The (Logging) Grinch that Stole Christmas and the Reindeer Forest

An existential threat looms over Sweden’s last old-growth forests, the reindeer that live in them, and the Indigenous Sámi people, whose culture and way of life are inexorably linked to forest and reindeer alike.

We asked WILD’s program directors to share with us their biggest hopes for our future and the obstacles they face. This week, we feature Crista Valentino.